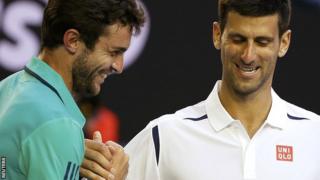 Defending champion Novak Djokovic survived a scare against Gilles Simon to reach the last eight of the Australian Open in Melbourne.