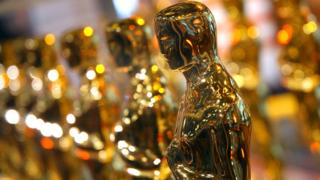 The people in charge of the Oscars have promised to make big changes to the award system.

This comes after they were criticised for nominating white actors only for the second year in a row.

The Oscars is one of the biggest film award ceremonies in the world.

Some actors and directors have pointed out the lack of diversity, with no black actors nominated this year.

The Academy, who run the the Oscars, say they will double the number of female and minority members they have over the next four years.

Members vote for people that they think should get an Oscar, so by having more non-white members it's hoped more non-white actors and filmmakers will be nominated.

At the moment 97% of the academy are white males over sixty years old.

Some actors are so disappointed with this years white-only list of nominations, that they say they will not be attending the ceremony next month.

Lego boss sings Everything Is Awesome in big meeting

Meet the star of Oscar nominated animation Song of the Sea.