How does a lake disappear? 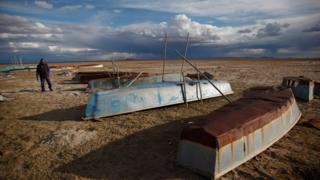 The second largest lake in the South American country of Bolivia has completely dried up.

Lake Poopo used to be about 1,000 square kilometres big but it's been shrinking for several years and in December it completely evaporated.

It's bad news for wildlife, like fish and birds, who live in the area and depend on the lake for food.

More than 100 families have had to leave their homes in the last three years. 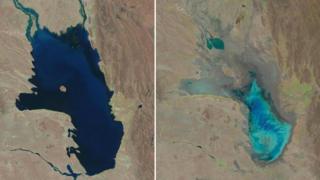 The lake has dried up before, and reappeared later on, but scientists have warned that recovery might not be possible this time. 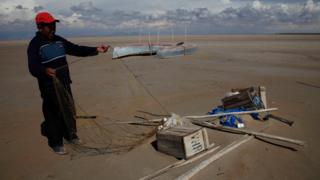 AP
Boats and nets are useless in the desert, so fishermen have had to look for another way to feed their families

No one knows for sure why the lake has disappeared, but repeated droughts caused by the El Nino weather phenomenon is thought to be an important factor.

Another reason could be that water from the rivers that feed into the lake has been diverted for mining and farming, meaning that less water reaches the lake itself.

How El Niño affects weather around the world?

El Nino has been causing extreme weather around the world