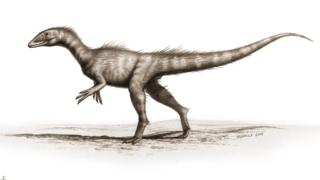 Scientists have confirmed that bones discovered in Wales in 2014 are from a new species of dinosaur which, at 201 million years old, could be the oldest known Jurassic dinosaur from the UK.

The new species has been named Dracoraptor hanigani, which means 'dragon thief', after the red dragon which is the national symbol of Wales.

The Dracoraptor's skeleton was found by two fossil-hunting brothers, who spotted the bones in a pile of rubble from a rock fall in 2014.

The brothers found its skull, claws, teeth and foot bones, which had all been hidden in the cliff face. 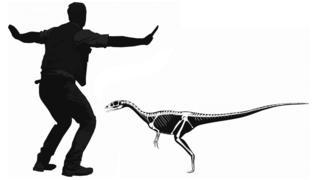 Although it's thought to have only been about the size of a dog, the Dracoraptor was a meat-eater, with small sharp teeth.

It probably ate large insects, lizards, and other small animals.

Researchers think it may even have eaten other young dinosaurs. 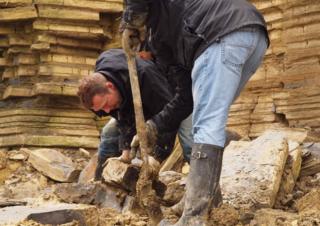 The dinosaur probably lived on a prehistoric island, but was washed out to sea before eventually being buried in the Welsh cliff face.

The brothers have donated the bones to the National Museum of Wales.