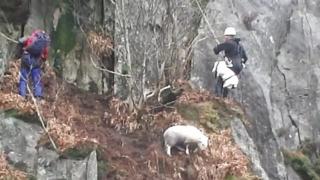 Sheep stuck on side of cliff gets rescued

A sheep trapped on a ledge on the side of a cliff has been rescued.

It had been stuck on the side of the mountain in Snowdonia, Wales, for days and couldn't move from its dangerous position on the ledge.

A rescue team from the RSPCA had to lower themselves down the mountain using ropes to reach the sheep, who was then lowered down with them, to the bottom of the cliff.

They said that the sheep wasn't injured but was very hungry after its cliff-side adventure. 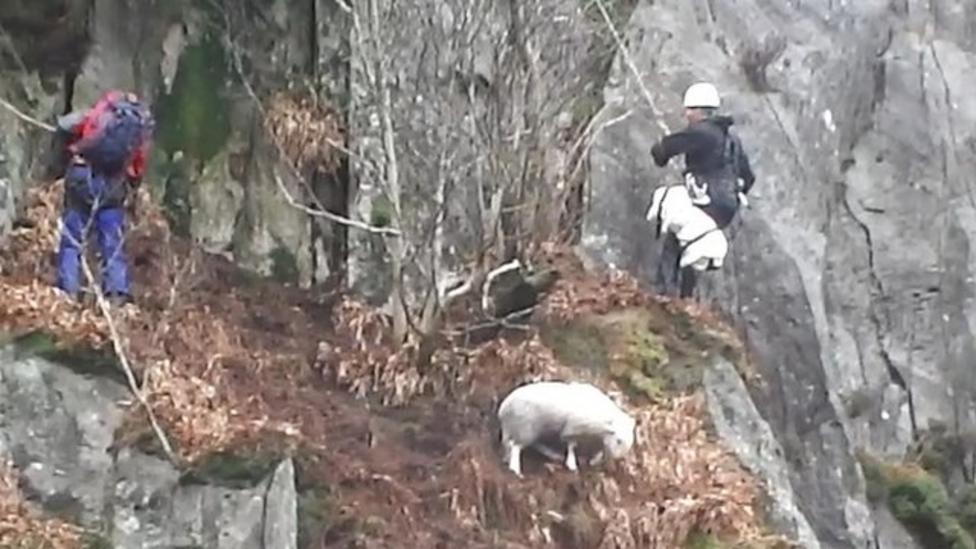 Sheep stuck on side of cliff gets rescued