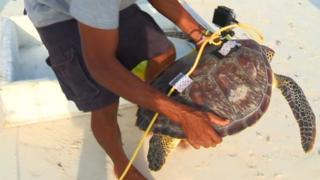 For the first time, conservationists in Africa have used a special 'turtle-cam' to show the creatures being released back into the sea.

The Local Ocean Trust look after sea turtles who have become trapped and injured in fishing nets.

They placed a specially designed camera on to the back of a turtle and broadcast the video live on the internet.

The wanted to show how a rescued turtle swims back in to the ocean after it has been released. 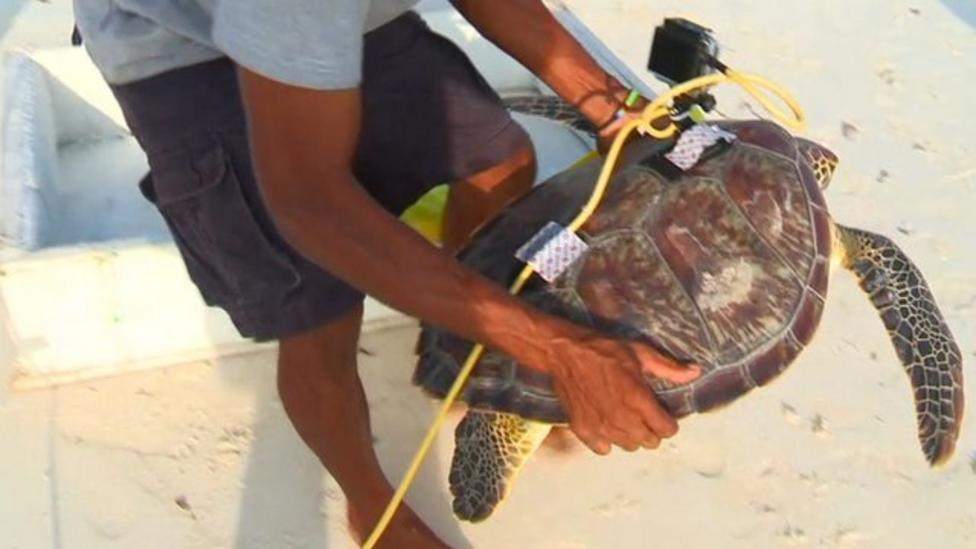