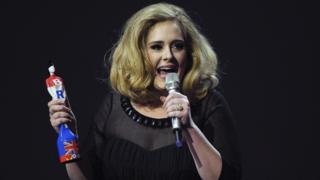 AFP
Adele will be hoping to follow her 2012 success, when she won best British female and album

Adele looks set to do very well at this year's Brit Awards after being nominated for four trophies.

Pop trio Years & Years and singer-songwriter James Bay have also been nominated for four awards each.

The awards ceremony, hosted by Ant and Dec, will take place on 24 February at London's O2 Arena.

Acts with the most Brit Award nominations:

Adele's nominations come after 25, her third album, sold 2.5 million copies in the UK in its first six weeks. The star is also due to perform at next month's ceremony.

She will be favourite for best British album, which is seen as the most important award of the night.

Competition for that prize will come from Coldplay, Florence and the Machine, Jamie xx and James Bay.

Bay is also up for best British male, breakthrough act and single for his hit Hold Back the River.

After the nominations were announced, singer Olly Alexander said: "It's really ridiculous. I don't know what's happening. It's nuts." 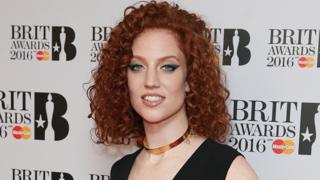 PA
Jess Glynne said she was "a little bit overwhelmed"

The performers at this year's ceremony will include Justin Bieber, Coldplay, James Bay, Little Mix, The Weeknd and Jess Glynne.

Glynne said she was "a little bit overwhelmed" by her three nominations - for best British female, breakthrough act and single for Hold My Hand.

She said: "It's so nice to be here in my own right and respected for that. It's hard to be respected in this industry and to do well, and to get anywhere."