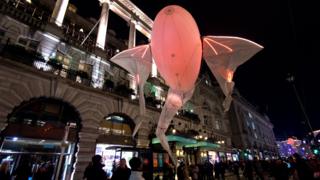 On Thursday evening, London was lit up as the dazzling light displays of the Lumiere Lights Festival were switched on.

From animations to floating statues, the festival is filling some of London's most famous landmarks with works of light-up art.

Visitors can find artwork at 30 different locations across the capital, including landmarks like Leicester Square, Westminster Abbey, and King's Cross. 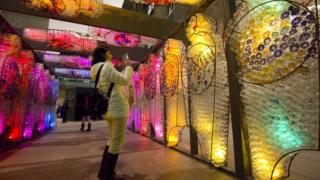 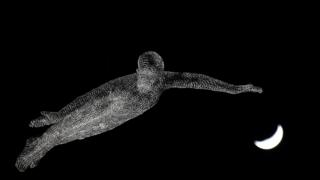 Reuters
A bright human figure made of tiny lights floats in the sky above James's Square, and looks like it's reaching to grab the moon. 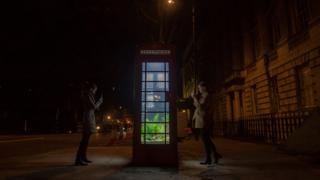 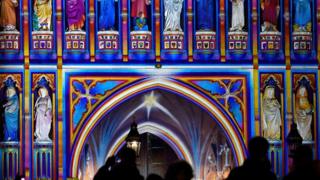 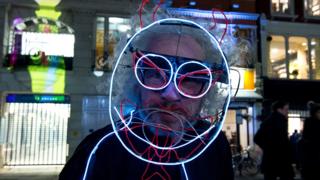 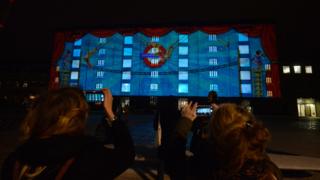 What is the Edinburgh Fringe Festival?

Kids become part of the art in the Philippines

Amazing artwork on a pencil tip