What could England's national anthem be? 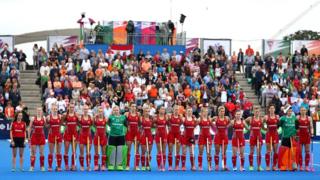 MPs have agreed that England should have its own national anthem after the question was put to a vote in the Houses of Parliament today.

God Save the Queen is the national anthem for the UK as a whole but after today's vote MPs have said that England should have its own anthem in the same way as Scotland and Wales. 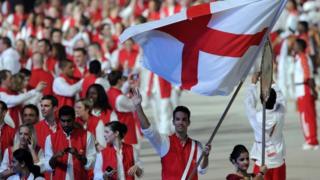 Getty Images
Jerusalem was chosen as the anthem to be played for England at the 2010 Commonwealth Games in Delhi, and again in 2014 in Glasgow
Which song could it be?

Prime Minister David Cameron's choice would be Jerusalem, which is popular among groups campaigning for England's own anthem.

Other choices include Land of Hope and Glory, I Vow To Thee My Country and There'll Always Be an England - or an entirely new national anthem could be written.

There's plenty of time to think about it; MPs will discuss it again in March before a final decision on whether to go ahead with a new anthem for England is made.

Rugby World Cup: Behind the scenes with England's squad