Fossil of ancient giraffe shows it was the biggest ever 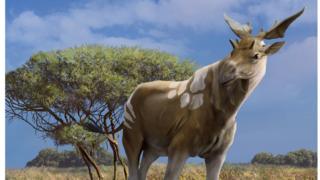 The fossilised bones of a prehistoric creature have been revealed to be an early ancestor of the giraffe.

Called a Sivatherium giganteum, it lived one million years ago in Africa and Asia and is thought to have been the largest giraffe relative ever to have existed. 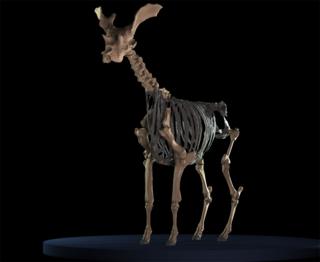 The bones were uncovered in India almost 200 years ago but it's only now that scientists have studied them in detail.

After digitally reconstructing the bones, scientist Christopher Basu said that it was "probably the largest giraffe relative to have ever existed", though the gigantic beast had a shorter neck and legs than giraffes of today.

He added "It would have been an impressive and strong animal.".