What would you give to the Queen? 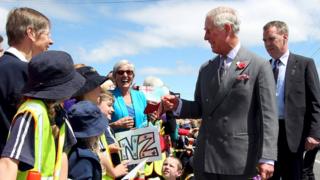 Fairy dust, a boomerang, and a statue made of marzipan are all included in an official list of all the gifts given to the Royal Family last year.

The presents were given by people all over the world, including politicians and even sports stars who the royals visited in 2015. 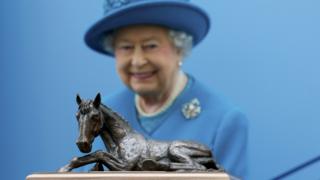 It's a long list, and includes a few surprises!

Here's a run down of Newsround's favourites:

4. A bag of salt from the governor of the British Virgin Islands - handy!

3. Two buckets of dates and a pot of churned butter from Saudi Arabia - delicious!

2. A marzipan model of a famous monument in Berlin from the President of Germany - sticky!

1. A packet of fairy dust from New Zealand - magical! 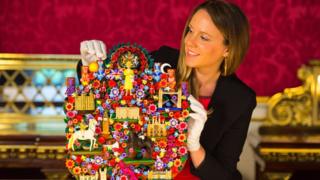 PA
This gift from the President of Mexico is called a 'Tree of Life' - can you spot the Queen at the top?

Even though they are given all these presents, the royal family don't actually own them.

They can wear clothes they're given and eat food gifts, and some presents can be given to charity or to members of staff.

But officially they belong to the whole country and are looked after by the Royal Collection.

Top four things you never knew about the Queen

The Queen celebrates her 60-year reign

Kids tell Queen how to celebrate her record breaking reign