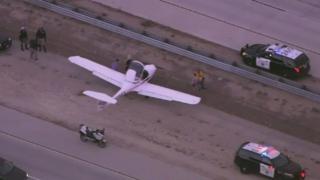 Small plane lands on US motorway

Cars had to swerve to avoid a small plane that made an emergency landing on a busy motorway in America.

The plane's engine failed in mid-air but landed safely, with no-one on the road or on-board injured.

A passerby filmed footage of the plane just after it landed. 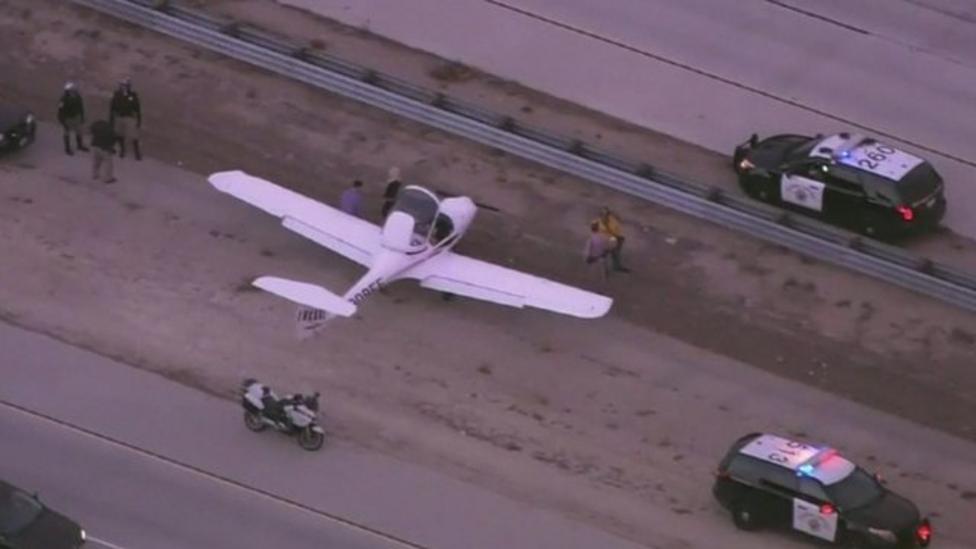 Small plane lands on US motorway