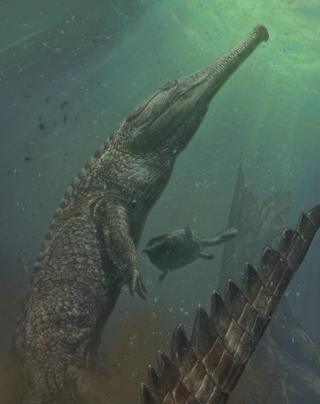 Fossils from the biggest ocean-living crocodile ever found have been discovered by scientists in the Tunisian desert.

Italian scientists found a skull as well as some smaller bones.

It's believed the creature was almost ten metres long, weighing three tons, making it the biggest ever crocodile to live in the ocean.

They have named the new discovery Machimosaurus rex.

With its massive skull scientists say it would have had a strong bite, hunting large turtles and fish, and even catching land animals that came too close to the water.

Crocodiles sleep with one eye watching