Jack Garratt has topped the BBC's Sound of 2016 list, which highlights the most exciting new artists in music.

The singer, from Buckinghamshire, said he was "unbelievably, overwhelmingly grateful" for the honour.

The list was put together by 144 UK based music industry experts from newspapers, magazines, blogs and commercial radio and TV. 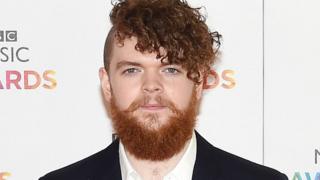 Garratt has come a long way since 2005, when he entered the British heats for the Junior Eurovision Song Contest and placed eighth - out of eight.

He got his big break through the BBC's Introducing scheme, which allows young artists to upload their songs for local and national radio stations to listen to, and has seen his tracks championed by BBC Radio 1.

Like Ed Sheeran, the 24-year-old performs all his shows as a one man band - singing live while playing guitars, keyboards and drum pads.

The Sound Of... list began in 2003 and has become a useful predictor of success in the music industry.

Years & Years, who topped last year's list, saw both their debut single and album top the charts; ending up as one of the year's best-selling acts.

They said their advice to Garratt was "just enjoy it".

"It's quite nerve-wracking but in a good way," said keyboard player Emre Turkmen. "It's a real opportunity because many more people will have their eyes on you."

'A moment of elevation'

He called the honour "a moment of elevation", but promised to keep his feet on the ground.

"To have this kind of validation from my peers is ultimately one of the highest forms of respect that I can receive," he told the BBC. "But I have worked very, very hard to not let this kind of success get to me."