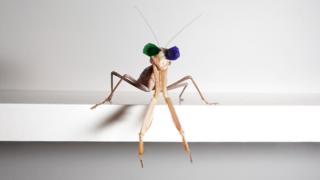 Scientists have fitted praying mantises with tiny 3D glasses, to prove that they use 3D vision to catch food.

The insects were put in a specially-designed insect cinema, and shown images of the kinds of bugs that they like to eat.

They only tried to jump up and catch the bugs when the image was 3D, proving that they use 3D vision to hunt. 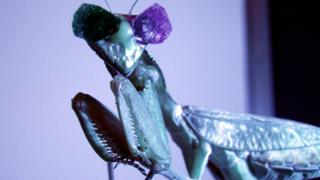 Scientists will use the research to improve how eyesight is developed in robotics and computer technology. 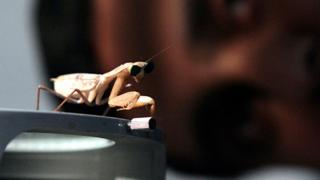 3D glasses for humans have blue and red lenses, but mantises can't see red light well, so their glasses were blue and green instead.

Ricky meets the robots of the future