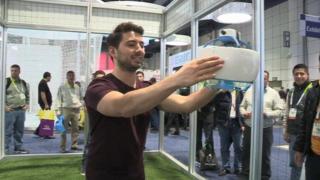 The drone you can hold

Tech companies have been unveiling their newest gadgets at a massive tech show called CES in Las Vegas, America.

Ricky's been checking out what's said to be one of the safest drones on show at the exhibition, because the propellers aren't exposed.

Instead, they are encased in plastic, meaning owners can actually take hold of the drone.

It can even be switched off by turning it on its side. 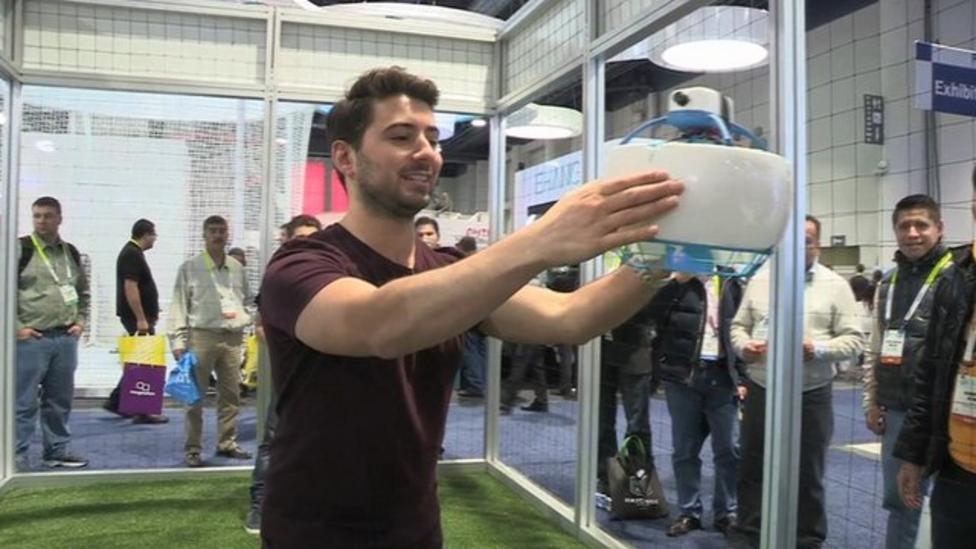 The drone you can hold