More than 200,000 people have got involved in an internet debate about the monkey emoji.

Thousands of people got involved in the debate, with the final result being that 53% of the people who voted, believed it was the same monkey.

This got us thinking about some of the other popular internet debates that have happened.

Watch Jenny's lowdown on dress-debates, confusing cats and dapper dogs and find out more below!

How would a dog wear trousers? 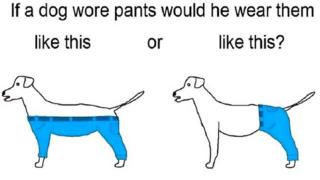 It's the burning question that thousands of people across social media have been debating: How would a dog wear trousers (or 'pants', if you're American)?

It all started when a meme with an illustration of a dog wearing trousers two different ways was uploaded to social media.

It got thousands of likes and shares, and in a Twitter vote the two-legged version (right) won most support.

Now a Canadian company have re-started the fun by showing their water-proof doggy trousers, which are an actual thing... 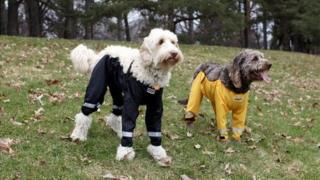 Is this cat going up or down the stairs?

The optical illusion of a cat on some stairs racked up thousands of hits online in April 2015.

Because of the way the light falls it's difficult to decide whether the cat is going up or down the stairs.

It's thought the clue is in the moggy's tail...

What happened to Elsa and Anna from Frozen's parents? 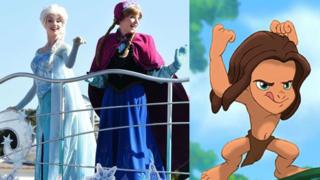 Chris Buck, the director of Frozen and Tarzan, got Disney fans talking by saying he thinks Anna and Elsa's parents were shipwrecked on an island, where they had a baby boy, Tarzan.

He said that although the movies are not officially linked, in his mind he sees Tarzan as being Anna and Elsa from Frozen's little brother.

Is this dress blue-black or white-gold?

Back in February 2015, this dress got millions of people seriously confused as no one could decide what colour it was.

It's because colours can appear differently depending on what kind of light they're in.

Something that's blue, for example, can look totally different in sunlight, than under streetlights at night-time. Nightmare.

Blue-black or white-gold? The dress the world's been talking about