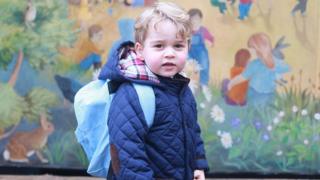 Two photographs have been released to mark Prince George's first day at nursery.

The two-year-old prince has started at a nursery school in Norfolk.

He was captured by his mother, the Duchess of Cambridge, standing in front of the mural on the outside of the nursery building.

The nursery is close to the Duke and Duchess of Cambridge's home at Anmer Hall on the Queen's Sandringham Estate. 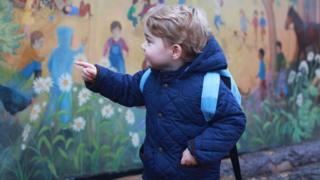 The young prince will attend the nursery while the couple are staying at their Norfolk home but not when they are living at Kensington Palace in London. 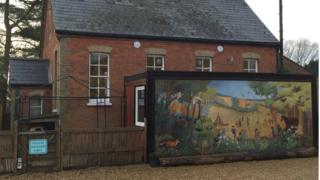 Prince George's father William was the first senior member of the Royal Family to go to a nursery and not start his education in a palace.