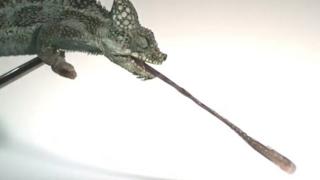 Chameleons' tongues are some of the fastest in the animal kingdom. But it's the smallest ones that have the fastest tongues, according to a new study.

Across 20 species, they found that smaller species' tongues could accelerate five times faster than that of the largest chameleon.

That's because small chameleons have larger tongues compared to their body size, because they need more food to survive.

Watch this video of the chameleons catching crickets with their tongues. 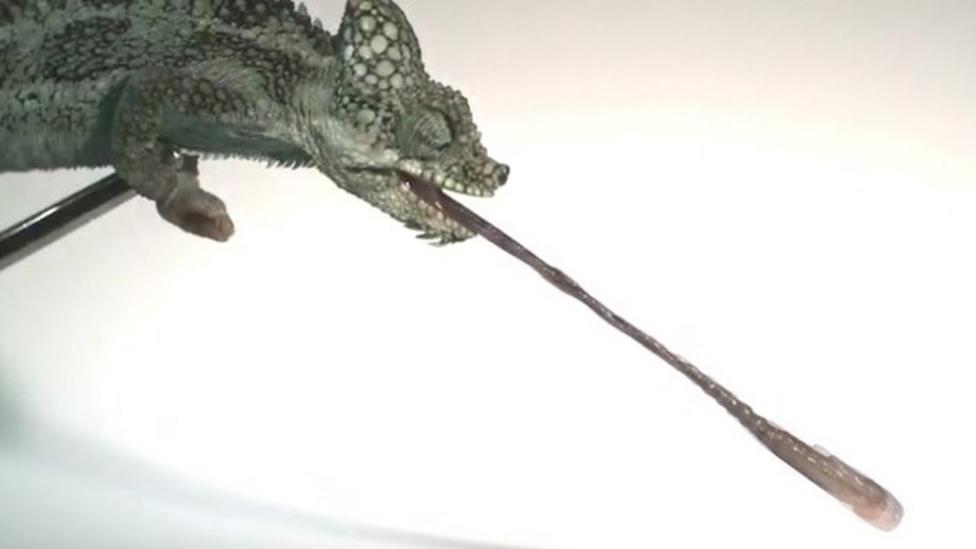