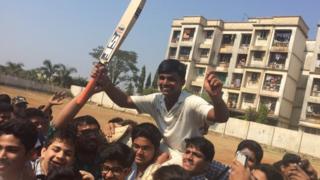 Pranav Dhanawade faced 323 balls for his innings of 1,009 runs

An Indian teenager scored more than 1,000 runs in a single innings to set a new world record in school cricket.

Fifteen-year-old Pranav Dhanawade broke the previous record of 628 set back in 1899 by Arthur Collins. 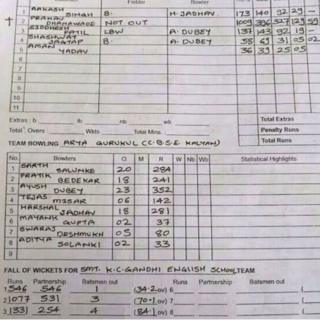 "When I started I never thought about breaking the record. The focus was never that. I just played my natural game, which is to attack from the word go," Dhanawade told an Indian newspaper.

Seagull hit by cricket ball 'comes back to life'

Australia wins the Cricket World Cup for the fifth time