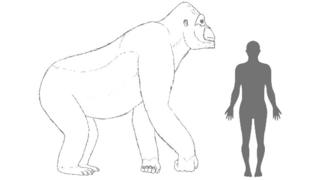 New research suggests the Gigantopithecus, the largest ever ape to roam the Earth, died out because it wouldn't eat its greens.

German scientists from the University of Tübingen analysed the teeth of the ancient ape.

They think the animal might have become extinct when forests turned to desert 100,000 years ago, and that the huge vegetarian couldn't adapt to find enough food to survive.

This was despite the fact that there was food available: savannah grass. It's thought they preferred a diet of forest fruit, which disappeared along with the forests. 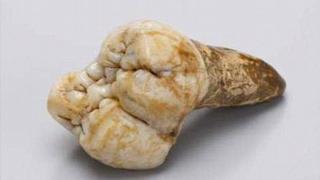 Biologists think the largest primate in history measured up to three metres tall and weighed around 500kg.

That's roughly five times the weight of a fully-grown man.

A million years ago, it lived in semi-tropical forests in southern China and mainland south-east Asia.

The baby orangutans looking for a new mum

Orangutan given right to freedom in Argentina