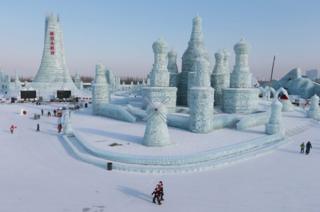 It's expected to draw hundreds of thousands of people to see the sculptures.

The festival began in 1963 but was not held for many years before beginning again in 1985.

This year's theme is Pearl on the Crown of Ice & Snow... 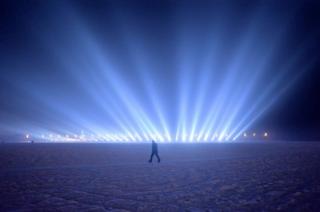 Wang Zhao / AFP
The Harbin International Ice and Snow Sculpture Festival officially opens on 5 January but preparations have been under way for some time. 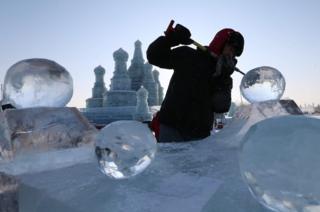 Wu Hong / EPA
Workers have been putting the finishing touches to many of the sculptures. 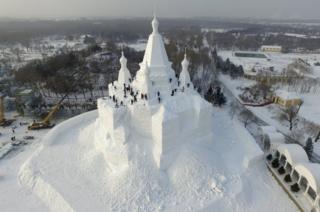 Sheng Li / Reuters
This large sculpture began to take shape in December as workers carved it out of the ice. 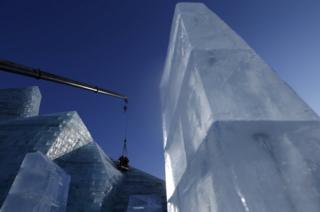 Aly Song / Reuters
....while others are lifted by crane to the top of one of the larger pieces on show. 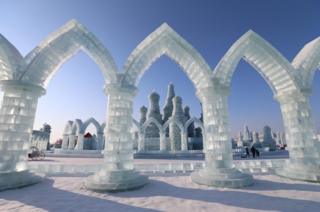 Wu Hong
The ice is cut from the nearby river and teams from different countries take part in the event. 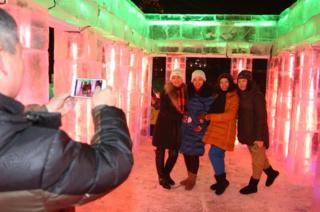 Imaginechina / Rex Features
At night, the ice is illuminated with colourful light that draws tourists from all over the world.

Let It Go from Frozen performed by Newsround viewers