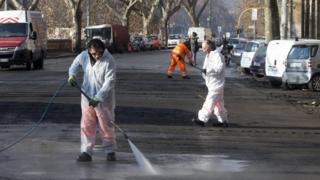 Roads in Rome in Italy have been forced to shut, after bird poo and heavy rain made them too slippery to drive on.

Heavy rain washed bird poo from the trees onto the streets, leaving a dark slimy film.

Several of the roads in Rome had to be shut while cleaners hosed them down. 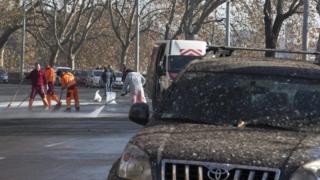 Rome has a lot of problems with bird poo because large numbers of starlings pass over the city on the way to Africa each year.

The birds gorge on olives from the trees, which makes their poo extra slippery.

Barn owl does a poo during Newsround interview!

Kids get involved for Poo Week at Dutch zoo