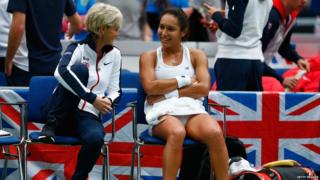 Judy Murray is to coach Heather Watson in Australia this month.

Watson, who is the British number two, split from her coach in December and hasn't found a permanent replacement yet.

Judy Murray, who is Great Britain's women's Fed Cup captain, will work with Heather throughout January.

They have a busy schedule, with Heather teaming up with Andy Murray to represent Great Britain in the Hopman Cup, which begins this Sunday.

She'll then aim to defend the WTA title she won last year in Hobart, before heading to Melbourne for the Australian Open, which is the first grand slam of the year.