Air India flight turns back after rat spotted on board 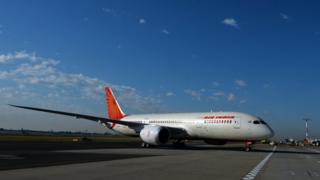 Getty Images
The national airline has recently purchased some ultra-modern aircraft, like this one - not thought to be the affected plane

A plane travelling from Mumbai, India, to London was forced to turn back mid-flight after a rat was spotted on board, local media report.

Flight AI131 travelling to London on Wednesday was flying over Iran when someone on board said they spotted the rodent, reports said.

Passengers continued their journey on a replacement aircraft some time later.

Air India has said that the plane will be disinfected and the presence of a rat was being investigated.

Rats can sometimes get on board aircraft along with food supplies but can be a serious risk if they chew through wires.

Are rats getting bigger?