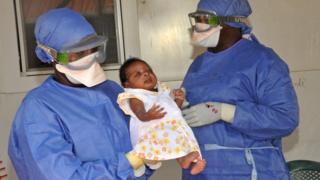 The World Health Organisation has declared Guinea, in West Africa, free of Ebola, two years after the outbreak of the virus began there.

Guineans are expected to celebrate the landmark with concerts and fireworks.

Sierra Leone was declared free of Ebola in November, but new cases have been discovered in Liberia, which had been declared Ebola-free in September.

The disease killed more than 2,500 people in Guinea, and a further 9,000 in Sierra Leone and Liberia.

Even though there has not been any new cases of Ebola in 42 days, local health workers in Guinea and the World Health Organisation warned that people should still be very careful.

"This is the period when the countries need to be sure that they are fully prepared to prevent, detect and respond to any new cases."

Sierra Leone kids on their country being Ebola free

Kids go back to school in Liberia after Ebola closure