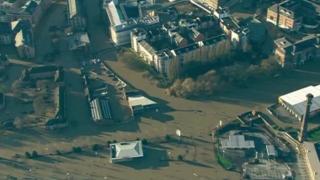 UK floods seen from the skies

An extra 500 troops have been brought in to deal with severe flooding in Yorkshire and Lancashire in northern England.

Many places have seen record river levels over the past 24 hours, including the River Aire in Leeds, and the rivers Calder and Ribble, affecting places such as Whalley, Hebden Bridge and Ribchester.

In York, where nearly 500 properties have been directly affected by flooding, the River Ouse is now thought to have stopped rising.

The BBC News helicopter has captured scenes of the extent of the flooding in Yorkshire and Lancashire. 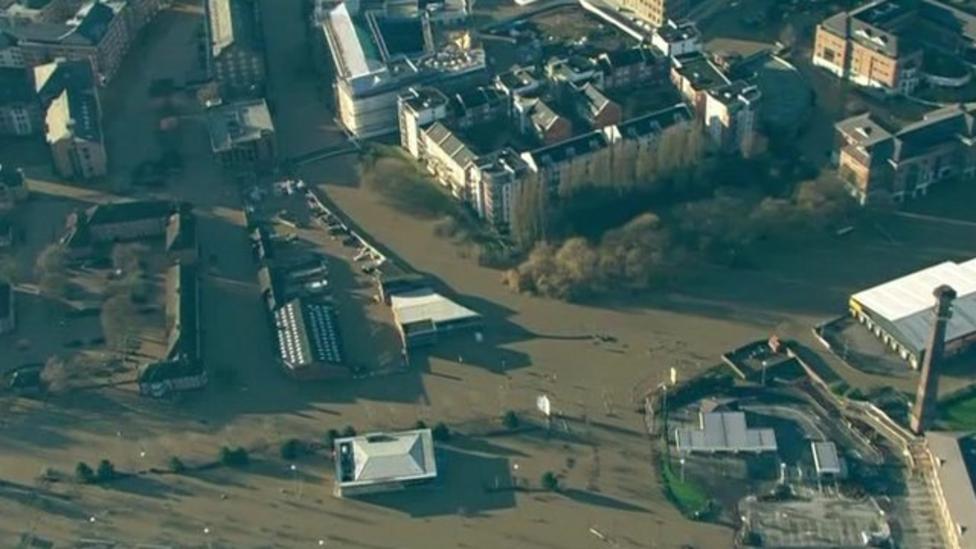 UK floods seen from the skies