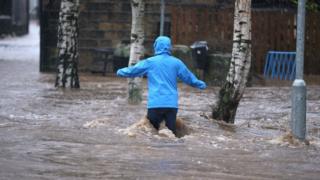 Emergency teams are working hard to help people to leave their homes across the north of England, as record amounts of rainfall over Christmas caused serious flooding.

River water in Lancashire, Greater Manchester and Yorkshire has reached high levels and some rivers have even burst their banks. 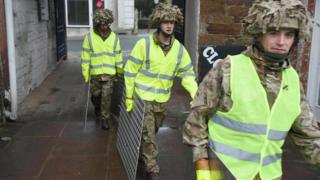 MOD
The Army was called in to protect parts of Cumbria against further flooding and help with the clean up.

Prime Minister David Cameron said that more troops will be sent out to help and thanked the emergency services for all their hard work.

The Department for Environment Food & Rural Affairs (Defra) has announced that they will send 500 extra troops to help people in the most affected areas.

Environment Secretary Elizabeth Truss has been talking about what is being done to help.

Hundreds of flood warnings and alerts were sent out for England, Wales and Scotland, including more than 20 severe warnings which means there could be a danger to people.

Thousands of homes were left without power and it could stay that way until Monday.

The weather should get better in the next couple of days. 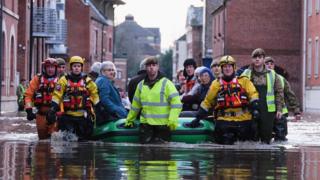 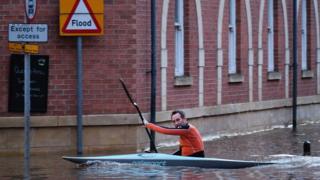 Getty Images
A man paddles his kayak along a flooded street in York, England 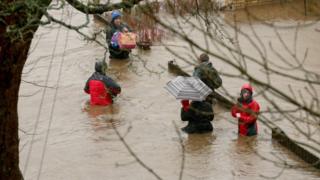 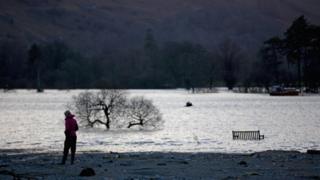 Getty Images
Parts of Cumbria have been flooded three times in less than a month. 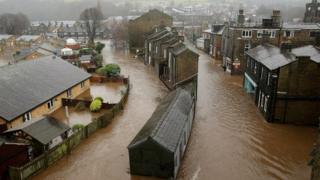 Getty Images
The River Calder bursts its banks in Mytholmroyd flooding many houses. 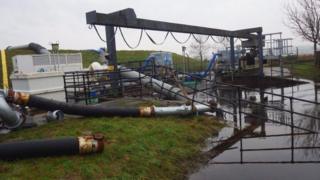 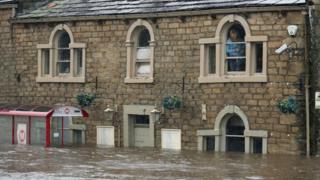 Getty Images
People are trapped by flood water as the River Calder bursts its bank in Mytholmroyd, England.