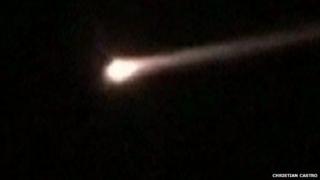 A fireball filmed over the skies of Nevada and California in America was Russian space junk.

It was seen by hundreds of people - some filmed it on their phones.

US defence officials have confirmed a rocket had been launched the day before.

The SL-4 rocket body booster burned up as it entered the Earth's atmosphere.

U.S. Strategic Command spokeswoman Julie Ziegenhorn refused to say what the rocket had been used for, but experts say it was launched as part of a project to bring materials to a space station.

"It's not something people need to worry about," said David Wright, a space-debris expert. 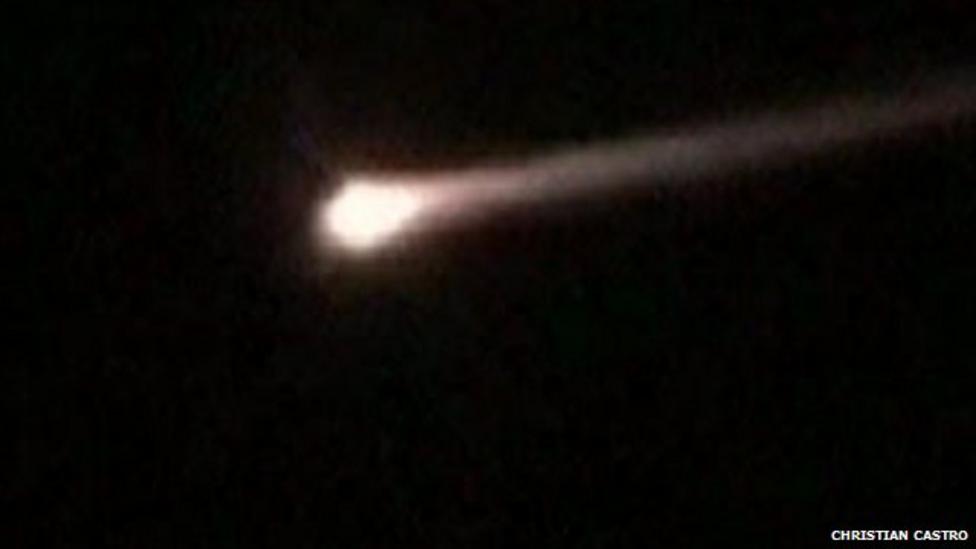