Fragments from one of the world's oldest Korans were found at the University of Birmingham in July - but now new secrets have been revealed about where it came from originally.

The Koran, is the holy book for Muslims.

It seems the pieces are at least 1,370 years old and were once held in Egypt's oldest mosque, the Mosque of Amr ibn al-As in Fustat.

Experts believe the Birmingham University Koran has an exact match in the National Library of France, the Bibliotheque Nationale de France. 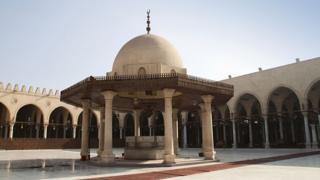 Thinkstock
The Mosque of Amr ibn al-As in Egypt, where the Birmingham University's Koran seems to have come from

It's thought the French part of this manuscript was brought to Europe by a man called Asselin de Cherville, who was an important person - a vice consul - in Egypt when the country was under the control of Napoleon's armies in the early 19th Century. 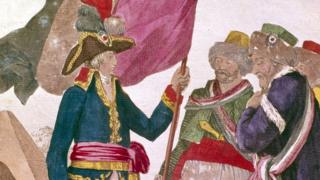 Thinkstock
Manuscripts were brought to France by Napoleon's forces in Egypt

Francois Deroche, an historian of the Koran, believes Asselin de Cherville's widow, may have tried to sell this to the British Library in the 1820s.

But they ended up in the national library in Paris, where they have been ever since.

Prof Deroche says later in the 19th Century, manuscripts were moved from the mosque in Fustat to the national library in Cairo.

Along the way, some pieces ''must have been spirited away" and were sold in antiques markets, over and over again until the 1920s. 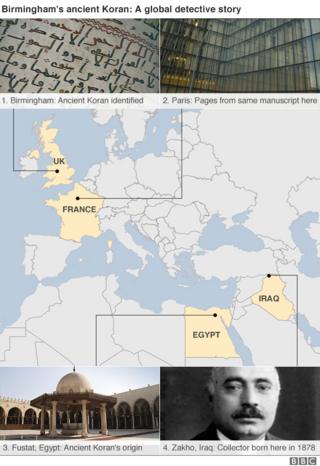 Alphonse Mingana was born in modern-day Iraq in 1878. He brought the manuscript to Birmingham from the Middle East in the 1920's

Around this time a man called Alphonse Mingana from what is now modern-day Iraq, bought them while he travelled to the Middle East and brought them back to Birmingham.

Now experts think other similar ancient material, sold to collectors around the world may still be discovered.

But the correct date of the Birmingham University Koran is still being questioned.

Special testing done with radiocarbon - that finds out the age of organic remains of ancient objects, puts it between 568 and 645.

The latest date in the range, is 13 years after the death of the Prophet Muhammad in 632.

David Thomas, Birmingham University's professor of Christianity and Islam, says this puts the manuscript into the earliest years of Islam.

"The person who actually wrote it could well have known the Prophet Muhammad."

But the early date contradicts the findings of other experts who have looked at the style of the writing.

Some say the verses are separated and the grammatical marks, show this is from a later date.

But staff who dated the parchment using radiocarbon, believe they are right.

There are only two pages or leaves of the Koran in Birmingham, but some say the complete collection would have been about 200 separate pages or leaves. 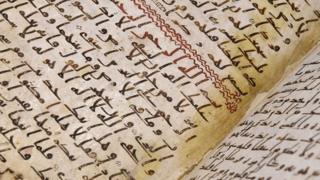 "It would have been a monumental piece of work," he said.

Jamal bin Huwareib, from the Mohammed bin Rashid Al Maktoum Foundation, an education foundation set up by the ruler of the United Arab Emirates believes the Birmingham University manuscript is part of the first written version of the Koran assembled by Abu Bakr, the Muslim caliph who ruled between 632 and 634.

"It's the most important discovery ever for the Muslim world," says Mr bin Huwareib.

He says the high quality of the hand writing and the parchment show this was a very important work created for someone very important.

"This will be a revolution in studying Islam."

'Oldest' pieces of the Koran found in university library