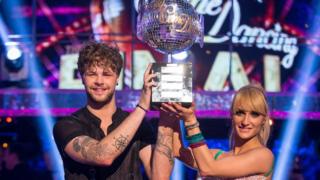 Jay and Aliona were crowned this year's champions on Saturday

She made the announcement on social media saying she had gone into the most recent series having decided it would be her last one.

She said this year's series had been her "best Strictly experience ever".

This series win was not her first.

Aliona's been on the show for seven years. 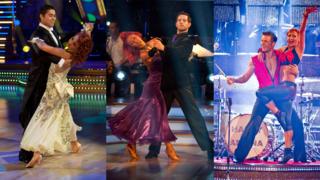 She had to pull out of the 2013 series after fracturing her ankle in training in rehearsals with dance partner Johnny Ball.

Vilani started ballroom dancing in Russia at the age of 11 and went on to study at the Broadway Dance Center in New York.

The professional dancers on the show are booked on a series by series contract, meaning no dancers are yet signed up for the 2016 series.

Ola Jordan, another Strictly dancer, has also ruled herself out of future series too.

Jay and Aliona are taking part in the Strictly Come Dancing live tour which starts on 22 January in Birmingham.