Andy Murray has won the BBC Sports Personality of the Year award for the second time in three years. 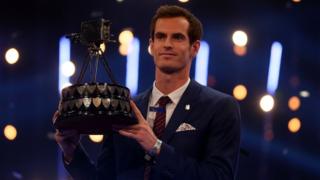 A two-time Grand Slam winner, this year Andy reached the final of the Australian Open and the semi-finals of both Wimbledon and the French Open.

He finished the year, second in the world rankings and won all 11 of his Davis Cup matches, including three in the final against Belgium. 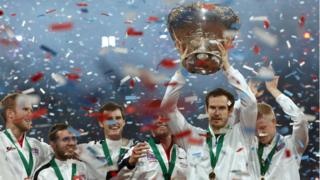 He was also named Young Sports Personality of the Year in 2004.

Andy Murray was presented the award by Irish boxing legend Barry McGuigan, in front of 7,500 people at the SSE Arena.

"Thank you very much. I didn't expect this," Murray said.

"A friend sent me a message the other day with an article saying: 'Andy Murray is duller than a weekend in Worthing,' which I thought was a bit harsh - on Worthing.''

"Congratulations to everyone who was involved tonight. This has been a five-year journey - we were down in the bottom level of tennis and now we're number one.''

"I dedicate my life to this sport and I work extremely hard every day to make you proud." 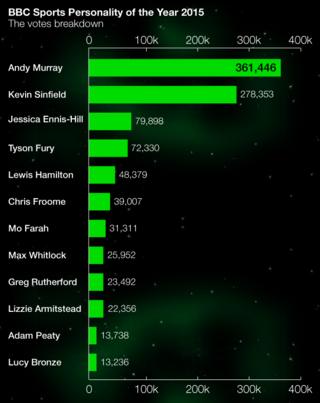 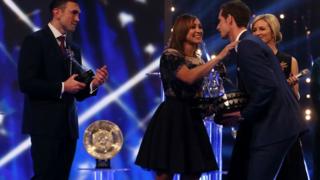 The winner of the Helen Rollason award: Bailey Matthews 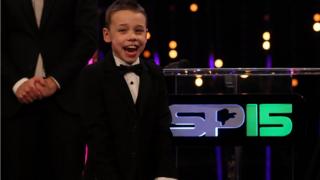 The eight-year-old, who has cerebral palsy, completed his first triathlon unaided.

He asked the crowd to stop cheering and received another big ovation as he said a small speech.

The other winners in Sunday's awards ceremony were: 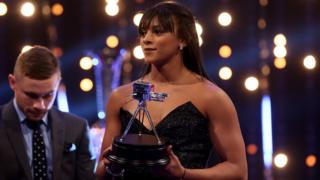 The 16-year-old gymnast won bronze in the all-around at the European Championships.

It made her the first female gymnast to win an individual all-around medal for Great Britain.

Coach of the Year: Martin O'Neill

One of the biggest cheers of the night was for Northern Ireland football manager Michael O'Neill. He was given a standing ovation as he was presented with the Coach of the Year award.

He guided his country to Euro 2016, their first major finals for 30 years.

A key part of the New Zealand team that beat Australia 34-17 to win the World Cup in October.

PA
AP McCoy was presented with the Lifetime Achievement award

A twenty-time champion jump jockey. He retired in April after a record-breaking career.

The west Belfast youth football coach played a huge role in his local community in his work with the St James Swifts Football Club.

World heavyweight champion boxer Tyson Fury, who was nominated for the SPOTY award, was jeered by a small group after comments about women and homosexuality.

But during the show he said sorry for the comments that might have "hurt people".