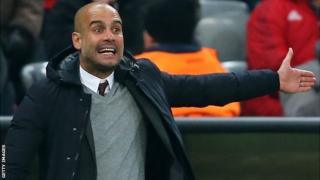 Pep Guardiola is to leave Bayern Munich at the end of the season.

He will be replaced by Carlo Ancelotti.

The 44 year old has been linked with Manchester City, Manchester United, Chelsea and Arsenal.

The former Barcelona coach has won two league titles and the German Cup since joining Bayern in summer 2013.

Ex-Chelsea boss Ancelotti, has been on a break since being sacked by Real Madrid in May 2015.

He has signed a three-year deal with Bayern.

The German champions are eight points clear at the top of the Bundesliga.

They'll play Italian club Juventus in the last 16 of the Champions League. 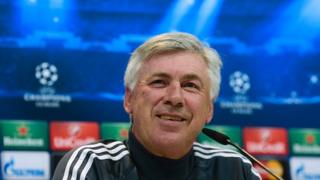 Ancelotti has won the Champions League three times, twice with AC Milan and once at Real Madrid.

He also guided Chelsea to the Premier League title and FA Cup in 2010.

"I am very honored," said Ancelotti.

"'l will be on the next season to coach the great FC Bayern."

If Ancelotti wins the Bundesliga with Bayern next season, he will become the second coach to have won league titles in four of Europe's top six leagues.

Getty Images
Guardiola has been linked to take over Manuel Pellegrini's job at Manchester City
Where next for Guardiola?

Guardiola has not said where he'd like to go next.

Chelsea sacked Mourinho on Thursday and have hired Guus Hiddink until the end of the season.

United boss Louis van Gaal is also under pressure following his side's slump in form, which has seen them exit the Champions League at the group stages and lose to Norwich.

Guardiola has also been linked with taking over from City boss Manuel Pellegrini in the summer.

Pellegrini's contract has 18 months to run and the Chilean thinks Guardiola might follow him to the Etihad Stadium.

Getty Images
Guardiola was in charge at Barcelona for four years. He won three La Liga titles and the Champions League twice
How good is Guardiola?

The Spaniard was appointed Barcelona boss in 2008 and became the Spanish club's most successful manager.

He led the Catalan club to 13 trophies in his four-year tenure.

He won three league titles, two Champions Leagues and a Copa del Rey while at the Nou Camp outfit.

The former Spain international took a year off before taking over at Bayern Munich on the back of the German club winning the Champions League, Bundesliga and German Cup.

As well as the league and cup titles, Bayern have also reached the semi-finals of the Champions League in Guardiola's two seasons in charge, with Real Madrid knocking them out in 2013-14 and Barcelona the following season.

The robot footballers hoping for a cup win

Footballer offers to pay for repairs to fan's ceiling