He had been the favourite from the start of the show.

But Jay only came third on the judges' final leader board.

Luckily the public vote pushed them to the top and secured their win.

The judges had scored the EastEnders actress, Kellie Bright and her partner, Kevin Clifton, higher.

They gave them a perfect 40 for two of their three dances. 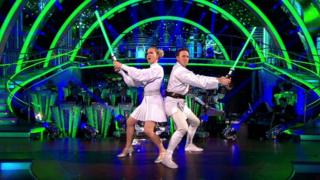 The joint runners up were former Coronation Street actress Georgia May Foote and her partner Giovanni Pernice and Eastenders' Kellie Bright and partner Kevin Clifton. 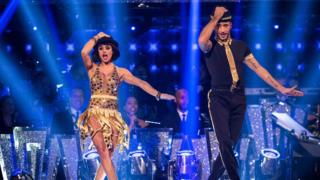 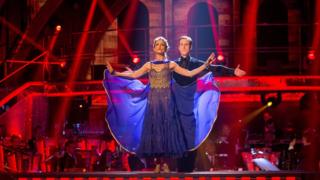 "If anyone watched who helped us to get here and then enjoyed what we were doing I'm really happy that you liked it because it's the best thing I've ever done."

All the couples performed three dances in this year's final - one routine from a previous show that the dancers had chosen to perform again, one judges' choice and a showdance.

For their choice, Jay and Aliona chose to do the paso doble, while Georgia and Giovanni returned to the charleston.

Katie and Anton went back to the Viennese waltz, while Kellie and Kevin picked the charleston.

The four celebrities had survived from a starting line up of 15 in September.

It was the 13th series, and on average there have been more than 10 million people watching every week.