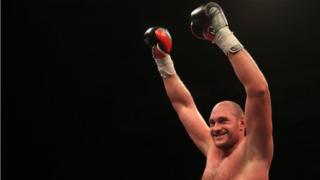 More than 139,000 people have now signed an online petition calling for Britain's first world heavyweight champion boxer, Tyson Fury, to be taken off the list of people nominated for this years' BBC Sports Personality of the Year 2015 award.

He became the first British champion for six years when he beat Wladimir Klitschko on points after a fight in Dusseldorf.

He is unbeaten in 25 fights.

18 of those victories coming via knockout. 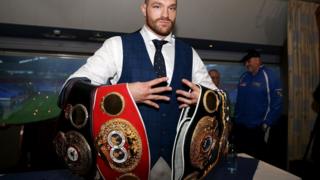 But some people are upset he's been nominated for a SPOTY award after some of his comments about women and homosexuality.

The boxer responded to the criticism and said: "Tyson Fury loves his fellow humans. He doesn't hate anybody."

In another interview he said '' I'm not sexist.''

The BBC says it won't take him off the list because it says the award is about what athletes have achieved in their sport.

Who will win BBC Sports Personality of the Year 2015?