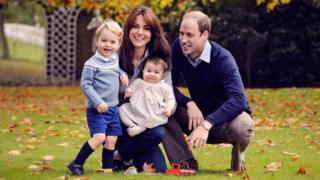 A new photograph of Prince George and Princess Charlotte has been released by the Duke and Duchess of Cambridge.

The picture shows the royals together in the garden at Kensington Palace.

It was taken in October by photographer Chris Jelf, who said: "I hope everyone enjoys this photo and I am honoured that the duke and duchess have decided to share it with the public." 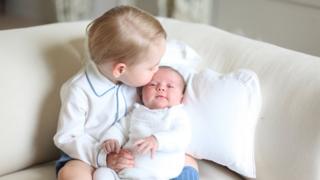 Duchess of Cambridge
Prince George became a big brother in May 2015 after the arrival of his sister Princess Charlotte.

The family released the picture as part of an announcement that Prince George will be starting at nursery in January.

Kensington Palace said that the royal couple were "very much looking forward to their first Christmas as a family of four" and "hugely appreciative of all the warm messages they have received about their family this year".