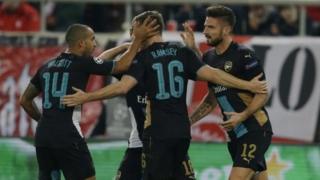 Chelsea have been drawn against French champions Paris St-Germain for the third season in a row.

Manchester City will take on Ukrainian side Dynamo Kiev. 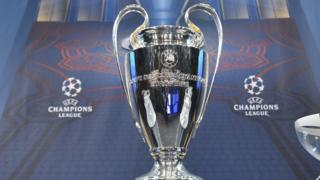 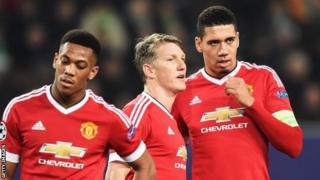 Manchester United face Danish side Midtjylland in the last 32 of the Europa League after dropping out of the Champions League.

Liverpool boss Jurgen Klopp will make a return to Germany as the Reds play Augsburg.

Tottenham Hotspur have been drawn against Italian team Fiorentina for the second season in a row at this stage.

The first legs are on Thursday, 18 February, with the return matches to be played a week later.