Star Wars fans camp out in Hollywood for film premiere 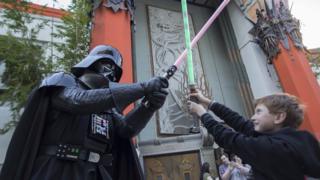 The premiere of the latest Star Wars film, The Force Awakens, has brought hundreds of fans out.

The premiere takes place in Hollywood in America tonight.

Fans have been camping outside the three cinemas, where the film will be shown, for a chance to get tickets since last week. 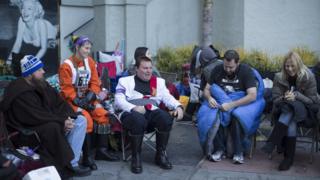 The film is the seventh in the series and will have its UK premiere in London on Wednesday.

In October some cinema websites stopped working because they could not cope with the amount of people who were trying to buy tickets.

Star Wars quiz - how well do you know the Star Wars movies?