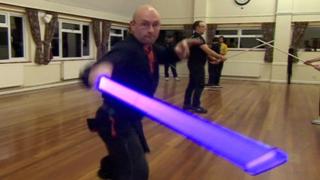 With less than a week to the release of Star Wars: The Force Awakens, a group of enthusiasts from Cheltenham have been learning how to master a lightsaber.

LudoSport, as it is known, is gaining in popularity in the UK since it was invented in Italy in 2006.

Although it is described as a "playful fun sport" instructor Jordan Court, from Cheltenham, said he hoped one day it would become an Olympic sport.

He said while it did not have the strict regime of martial arts, students still needed to be respectful to each other and their instructors.

Please take care and don't try this at home - these classes are run under supervision, with experts. 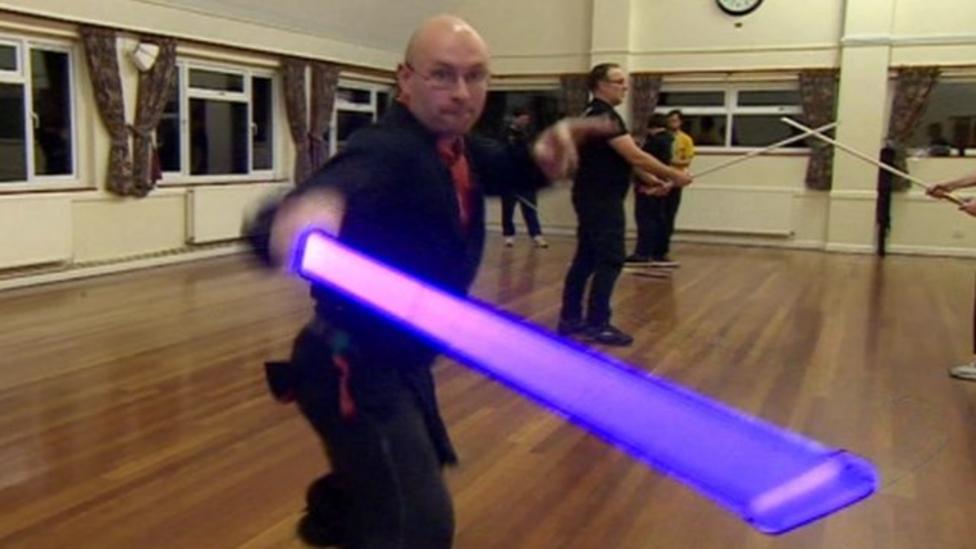