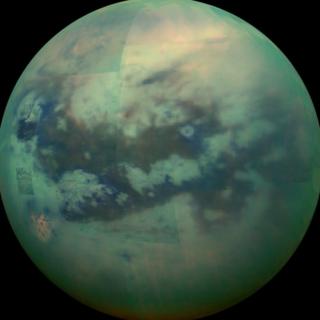 NASA
Saturn's moon Titan looks a lot like Earth in this picture.

It was taken by Nasa's Cassini spacecraft, and is made up of lots of different photos of Titan.

Normally, in images, it appears orange because of the thick haze.

But the spacecraft used an infrared camera to get this amazingly clear picture of the moon.

Saturn - facts about planets in the solar system

Rain made of diamonds on Jupiter and Saturn

Could there be life on Saturn's moon?