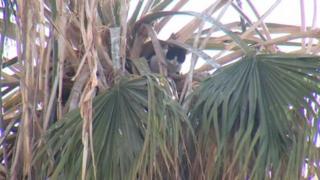 Cat rescued from on top of palm tree

Residents of a small town in Chile, South America, organised a massive rescue to save a cat that had been stuck on top of a 20-metre-tall palm tree for two weeks.

The team used ladders, ropes and even a slide in their attempt to rescue the feline in distress.

But after several failed attempts, a week later they managed to set up a scaffold with a cage containing food and water to attract the cat.

After a lot of patience, the cat was finally tempted down, and rushed to a nearby vet to receive food and fluids.

Veterinarian Victor Mellado said he was surprised by the cat's good health after such a long period without food or water.

"It was really nervous when it got here, feeling a bit scared because of the entire operation, but in a pretty good condition compared to what we expected," he said. 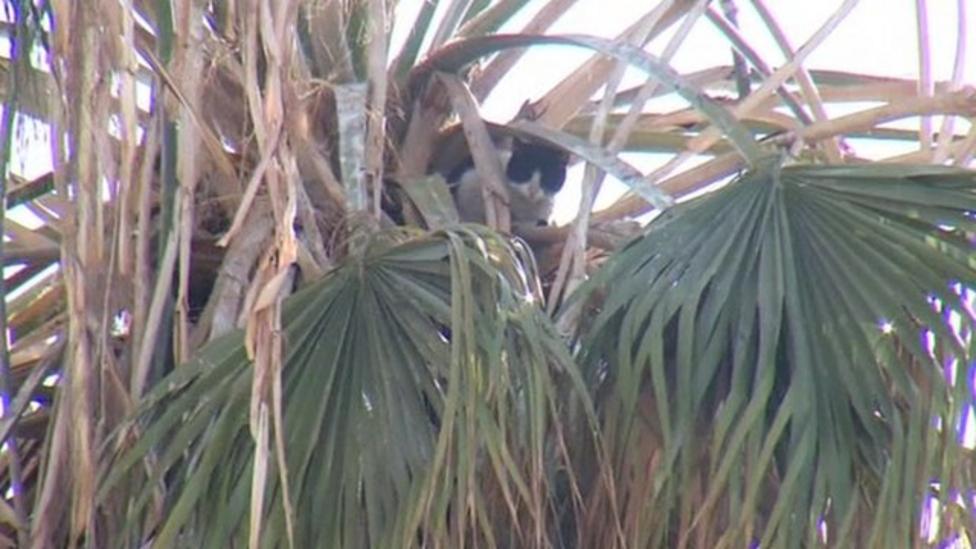 Cat rescued from on top of palm tree