Arsenal and Chelsea into the Champions League knockout stages 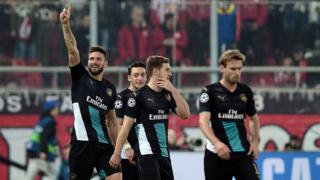 The Gunners needing to win by two clear goals to take second spot in Group F behind leaders Bayern Munich.

Giroud headed in the first goal at the near post and slotted home a second thanks to a well placed pass from Joel Campbell.

Arsenal were guaranteed their spot in the knockout stages when Giroud stepped up to convert a penalty, making it the striker's first hat-trick for the club. 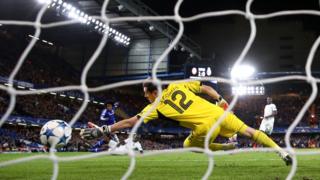 Chelsea, who have struggled with their league form this season, topped their group with a convincing 2-0 win over FC Porto.

Winning their group means the Blues will avoid big sides like Barcelona, Real Madrid and Bayern Munich when the last-16 draw is made on Monday.