Tim Peake: Countdown to blast off

Major Tim Peake will soon be blasting off on his mission to the International Space Station.

He will be launched into space on 15 December and will become the first British astronaut to live and work on the ISS. 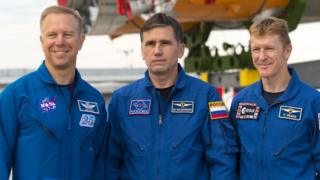 There has been lots to do to prepare ahead of the day of the launch.

And Tim has already done months of specialist training.

His mission, that's expected to last at least 6 months, aims to encourage children to take up science and maths through experiments and other educational activities.

"The legacy I hope is that this will inspire a new generation to look at science, to look at space, as an exciting career path, and to make choices that push them in that direction."

In the run-up to launch day, the crew will be preparing experiments ready to take, and will have several medical check-ups to make sure they are fit for the journey.

They will also test their tailor-made seats and pressure suits to make sure they are a perfect fit.

The suit protects them in case of a sudden loss of pressure, and on launch day they might be worn for many hours as the astronauts wait in their capsule for lift-off. 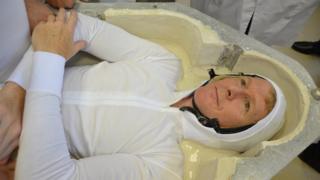 On 11 December, the spacecraft will go through its final checks, to make sure everything is in full working order and ready to go. 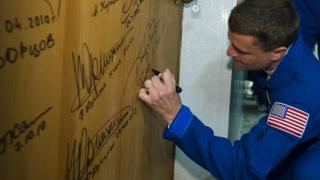 NASA
There are several traditions all astronauts enjoy before launch day. These include planting a tree, visiting a spaceflight museum and signing the door to their room in the Cosmonaut Hotel.

Throughout these final few days, the whole crew will limit contact with people so they can try to avoid falling ill and taking unwanted bacteria or viruses to the international space station.

Most astronauts can feel unwell in the first couple of days

Yuri Gagarin was the first man in space in 1961, and Tim has his book to sign while he is orbiting the Earth

Tim will be doing lots of tests on his body to study the effects in space. He will run a marathon on a treadmill.

In case the electrics fail on board

Tim will be away from his family for 6 months, so will keep a few personal items from his loved ones

Major Peake will wave goodbye to his wife and two children around two hours before the launch.

The astronauts will pose for photographers and there will be a pre-flight press conference before they put on their space suits, take a short bus ride to the launch pad and perform last minute pressure checks.

Tim and the rest of the crew will then run through a checklist to make sure everything inside the spacecraft is ready and working.

He told Newsround: "The whole day of the launch is all really choreographed from the moment we wake up. We shower, we have to get swabbed down with anti-bacterial swabs, dressed and we go through this routine that takes us up until the launch." 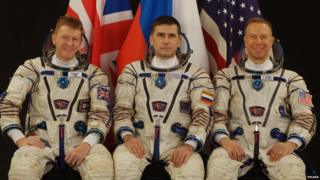 The commander will have a choice of music to listen to before launch. At that point you're completely focused on the mission.

The team will be onboard a Russian Soyuz spacecraft. It can transport up to three people and there's a small space for cargo to and from the space station.

It was the craft that carried the first crew to the International Space Station in 2000.

It has been the only vehicle to carry humans to the ISS since the USA scrapped their space shuttle in 2011. 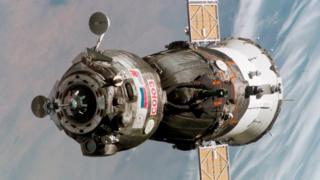 NASA
A Soyuz-TMA spacecraft
The rocket

It's made up of three modules and sits on a 50 metre high rocket.

It is made up of four identical liquid-booster rockets.

These contain refined kerosene and liquid oxygen to use as fuel - that's enough power to launch the weight of a small lorry up in to orbit.

The Soyuz-TMA spacecraft, which carries the crew, sits above the launcher - covered by a protective layer of material. 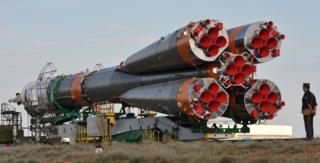 The International Space Station has been continuously occupied by astronauts from around the world for 15 years since 2000.

Crew rotations happen a few times each year and are called 'Expeditions'.

Astronaut Tim Peake is part of Expeditions 46 and 47.

He will share his mission and time on the Station with many other astronauts.

Flying with him is Russia's Yuri Malenchenko. This mission will be Yuri's sixth spaceflight.

He has performed five spacewalks too, so he is very experienced and will be the commander for this mission.

Like Tim Peake, he is a military helicopter test pilot.

He has also experienced life in space before, having visited the ISS on board the Space Shuttle Discovery in 2009.

Blast off! As long as the weather is clear for take off, at 11.03am (GMT - the time in the UK) on 15 December, the four boosters and core engine will ignite, propelling the rocket into the air.

About two minutes into the flight, the booster rockets detach, and fall back to earth. 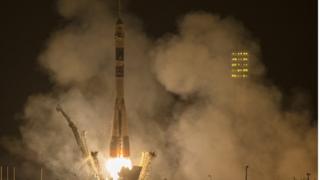 Then as the rocket travels higher, other parts also separate as the spacecraft enters the earth's orbit.

During the nine minutes or so it will take for the rocket to reach the correct altitude, the crew will be experiencing forces three and a half times their body weight.

It's expected to take around six hours before the crew finally dock with the space station, where they will at last begin their six month mission in space.

The team back on the ground - called mission control - can decide at any point, even after the launch, to take a longer two day route to the ISS.