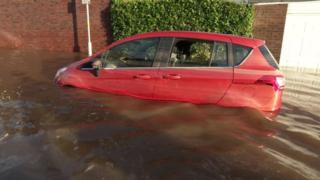 Shocking pictures: During and after the floods

These shocking pictures were taken in Carlisle in Cumbria by BBC Camera operator David Cheeseman after several feet of muddy, smelly water poured into the area over the weekend.

The roads turned into temporary rivers, the water level rose quickly up the parked cars.

Boats were the only way to move around safely.

The fire service had to rescue people from their homes using the boats.

But as the rain stopped and the water-logged ground started to drain the deep water away, the roads and cars were revealed again.

There was mud and debris left on the road.

The cars and houses along the street have been badly damaged.

It could take months for the houses to dry out properly and for repairs to begin. 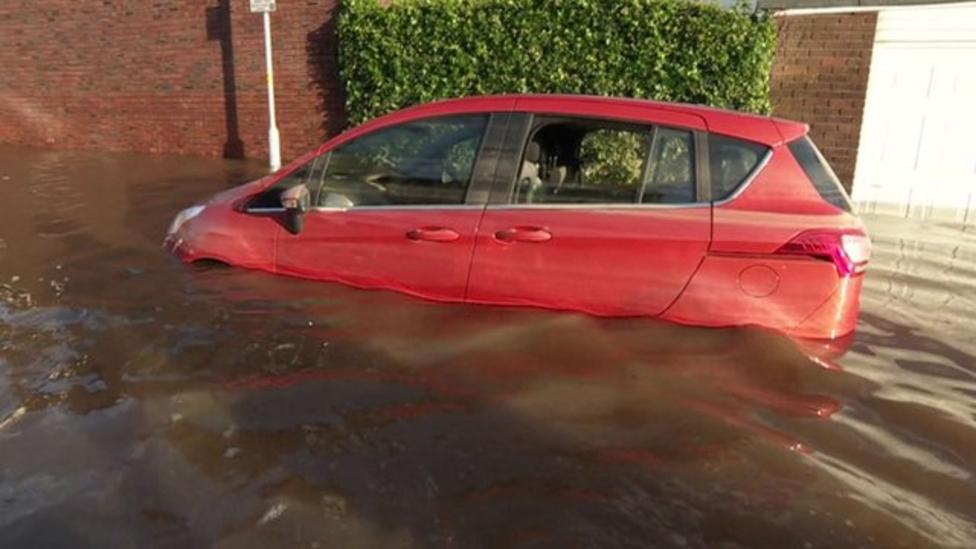 Shocking pictures: During and after the floods