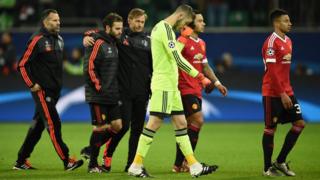 Louis Van Gaal's Manchester United were knocked out of the Champions League last night after a dramatic 3-2 loss at Wolfsburg.

The Red Devils knew they would qualify for the last 16 by beating the German side, and made a great start when Martial eased the ball into the net from a Mata cross.

But Wolfsburg responded just three minutes later and were ahead after half an hour thanks to a quality team goal finished off by Vieirinha.

United drew level after Josuha Guilavogui's own goal, but a late header from Naldo knocked United out, a result which now puts them in the Europa League. 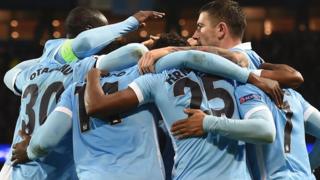 That means Pellegrini's men will avoid teams like Barcelona and Real Madrid in the last 16.