Hidden painting 'found' under the painting of Mona Lisa 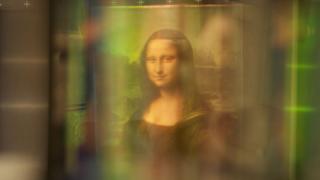 Courtesy Brinkworth Films
Light technology was used on the painting to show up images underneath it.

A French scientist thinks he's discovered another image hiding underneath the famous painting of the Mona Lisa.

And he thinks that there is a portrait of a different person painted beneath the Mona Lisa.

The Mona Lisa, which was painted by Leonardo da Vinci, is one of the world's most famous paintings.

However, some art experts are not convinced that there is a different painting underneath.

They say that other images might just be da Vinci's first attempts at the Mona Lisa.

Is the Mona Lisa mystery soon to be solved?