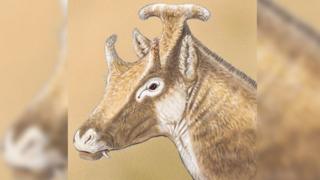 Fossils of a mammal that looks like something out of the Star Wars films have been found in Spain.

The giraffe-like animal has three horns on top of its head. One is much bigger than the rest.

The animal has been given the scientific name Xenokeryx amidalae, meaning strange horn of Amidala. 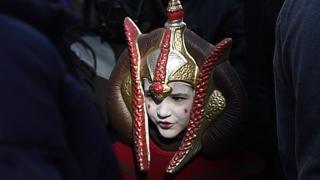 The scientist naming the animal thought it looked a lot like the Star Wars Queen Amidala.

Xenokeryx was a herbivore so only ate plans and was about as big as a deer.

The males had two small horns like those of a giraffe above the eyes and a larger one shaped a bit like the letter T on the back of the head.

The animal is thought to have roamed Europe about 15 million years ago.

How clever cuttlefish avoid being eaten by sharks

How these guys rescued a bald eagle