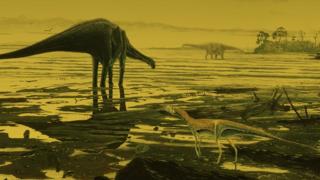 A trail of giant, fossilised dinosaur footprints have been discovered off the coast of Scotland.

The footprints were found on a beach on the Isle of Skye by a team of researchers from the University of Edinburgh.

They think they could be around 170 million years old, and were made by long-necked Sauropod dinosaurs, one of the biggest dinosaurs to have ever roamed the earth.

It's believed that the species weighed more than 10 tons, and measured around 15 metres in length.

Researchers say the new discovery shows that these Sauropods used to spend time by the sea in shallow water.

Scientists had previously thought they only spent their lives on land.

BBC Reporter Victoria Gill went to meet one of the people behind the discovery to find out more. 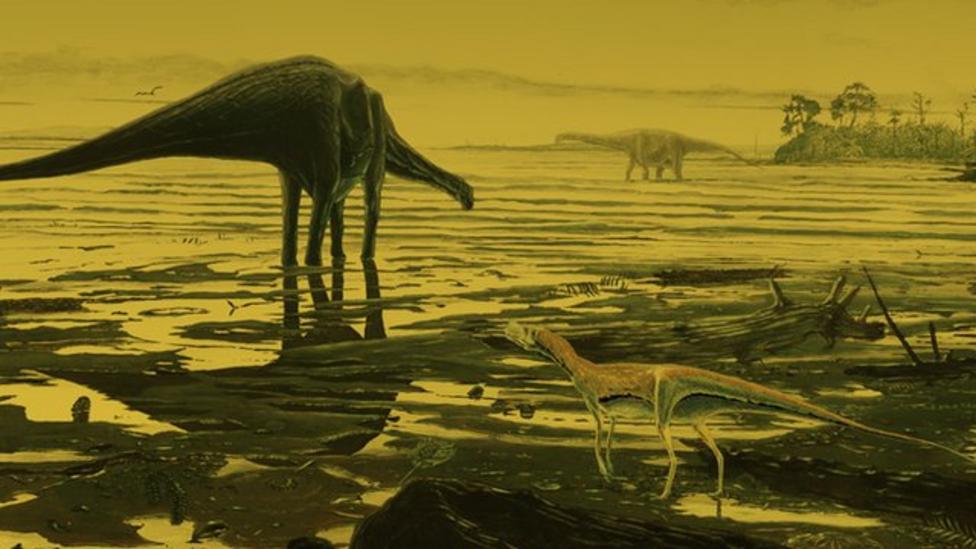