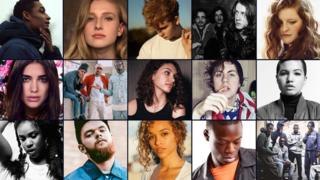 BBC Music has announced its longlist of top new musicians nominated for the Sound Of 2016 award.

Every year a group of 144 music experts put together a list of artists and bands they think will be popular in the year ahead.

Previous winners of the award include Years & Years, Sam Smith and Adele.

This year's contenders include Alessia Cara, Frances, and Jack Garratt, who has been compared to Ed Sheeran.

Here is the full list of the 15 artists who have been nominated - the short list will be announced in January next year: