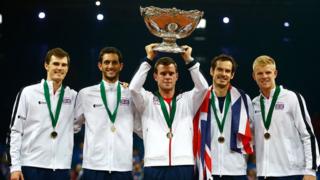 Great Britain won the Davis Cup for the first time since 1936 after on Sunday bringing their 79-year wait for the famous tennis trophy to an end.

They now join a list of several teams and sportsmen from across the world to have ended lengthy gaps between championship wins.

Newsround takes a look back at some of them. 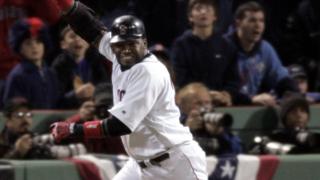 The Boston Red Sox were one of the most successful American baseball teams in the early 20th century, winning five World Series championships by 1918.

However, they then experienced one of the longest championship droughts in baseball history.

The team's run of bad luck was blamed by some on the 'Curse of the Bambino' because it began soon after the Red Sox sold star player Babe Ruth to their rivals, the New York Yankees, in 1920.

The Red Sox had a string of near misses in the 80s and 90s that left their fans thinking they may never break the curse.

But in 2004 the team finally won their first World Series for 86 years, beating the Yankees on the way. 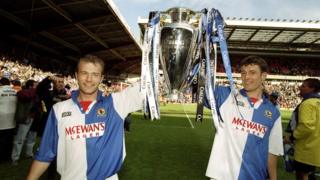 Kenny Dalglish's Rovers beat Manchester United to the championship that season by just one point.

It was their first title since 1914 and ended the longest wait between successful championship-winning campaigns in the English top flight. 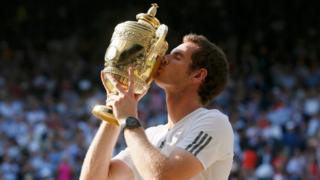 Reuters
Andy Murray kisses the Wimbledon trophy after winning in 2013

Great Britain had to wait 77 years to celebrate a British man winning Wimbledon after Fred Perry last lifted the trophy in 1936.

Murray was cheered on by the nation with 15,000 spectators watching in Wimbledon's Centre Court, as well as millions on TV across the country. 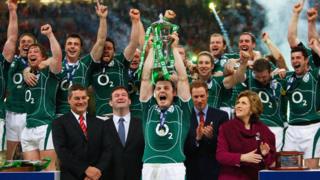 It was Ireland's first Grand Slam in 61 years, with their only other one coming way back in 1948.

Ireland's captain Brian O'Driscoll was named player of the tournament after leading his side to victory and scoring the most tries in the competition. 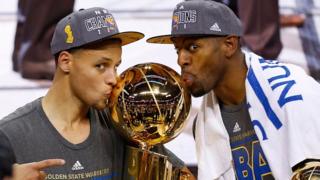 The US basketball team Golden State Warriors defeated the Cleveland Cavaliers 4-2 in the 2015 NBA Finals, to win their first title in 40 years.

It was the Warriors fourth NBA championship in their history but their first for four decades.

They never really came close during the 80s, 90s and 2000s but star players Steph Curry and Klay Thompson, nicknamed the "Splash Brothers", helped them breeze past LeBron James and the Cavaliers.

Curry and Thompson also broke the record for most three-pointers made by a pair of teammates scoring 525 over the course of the season.

The long wait continues for some... 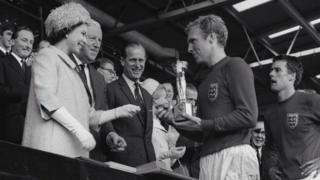 There are still plenty of sports team around the world that haven't won a championship in a long time.

Their painful wait for another title continues to go on.

Chicago Cubs (107 years): The US baseball team, nicknamed the 'loveable losers', have not won the World Series since 1908 and have not even appeared in the finals since 1945.

West Bromwich Albion (95 years): The Baggies have not won the English league top flight title since 1920.

Arizona Cardinals (68 years): Since winning American football's top title in 1947, the Cardinals have only managed to reach the Super Bowl final on one occasion in 2009.

Sacramento Kings (64 years): The American basketball side has not even made an NBA Championship final since last winning the title back in 1951.

England national football team (49 years): The Three Lions have not won a major trophy since the 1966 FIFA World Cup.